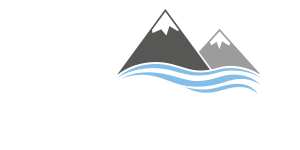 A reminder for worst case scenario – 180° Capsize at 6am in a huge sea.

Oliver Bailey: Blog day 17 (yesterday)- A reminder for worst case scenario – 180° Capsize at 6am in a huge sea.

Prior to our departure, Team Essence had spent a year training on RYA ocean yacht master and sea survival courses. Put simply a worst case scenario was having to leave our boat ellida for a life raft. Life rafts are notoriously dangerous and it is widely accepted staying with an inverted but buoyant boat is preferable to stepping down into a raft. This was learnt with severe consequences in the Fastnet yachting disaster all those years ago. Our boat is the ultimate life raft and has so far proven to be exceptionally capable in the conditions we’ve faced. We wouldn’t dream of leaving her. But that was potential scenario earlier today…

This morning at 06.04 ellida capsized 180° in a huge swell and 30 knot wind A gigantic wave upturned her, while the team were in shift transition and all five men were on deck. After a five minute struggle to right her and bilge her compartments, all five men were safe. It could have been so much worse. Myself, Ollie Bailey was coming out of a cabin to replace Matt Bennett on the 6-8am shift. The cabin door was open and I hadn’t harnessed myself to the boat as the event took place in the split second between the cabin and the safety harness. Bad timing perhaps, but it taught us all be ultra vigilant on changeovers going forward. I found myself under water unable to breath but remarkably still holding onto a fabric line I caught as I flew over board. Mustering all my strength I wasn’t prepared to let go to the one connection to the boat. If I had I could have been swept away in moments into the darkness. Instead I pulled myself up to the light where Ross Johnson pulled me up and we all climbed back onto a a severely listing Ellida and went into automatic safety mode. Ross had been attached to the footplates and had found himself upside down underwatwer in seconds after readying himself to slip into the cabin and put on some dry clothes. Aldo had been flung over but was the first man up and uses his skillset in a calm and measured way to check we were all present and OK and began preparing dry survival suits so none of us lapsed into hypothermia. Matt Bennett after clambering back from the depths, was able to balance the boat with the oars and turn her nose into an oncoming swell so she wasn’t hit on the beam and turned over again. Foxy was in the comms cabin the entire episode but was flooded and busy saving the SATCOM systems in case we needed to alert the coast guard. It was a great advertisement for our special forces. All of the team were calm and lucid in this moment of potential horror. Remarkably we had bilged out the water logged areas of ellida and were back on a heading of 240° toward the Verde Islands like nothing had happened ten minutes later. After all we had started to make real progress in the days the weather allowed us to and we were damned if it was going to halt us with only 500 nm till checkpoint 20 and the warmer, calmer waters on its latitude.

So far we suspect our voyage has been filled with an excitement and drama of which few transatlantic rowing expeditions have ever experienced as we have received the full service from the Atlantic and responded with vigour and tenacity. But we believe it would be agreeable for a period of normality where we actually put in a consistent number of days rowing, yes rowing – that thing came here to do; rather than surf swell and fight to keep ellida righteous in hazardous weather systems and storms. Honestly, we think we’re actually pretty good at rowing and reckon we might break a record or two all things being equal.