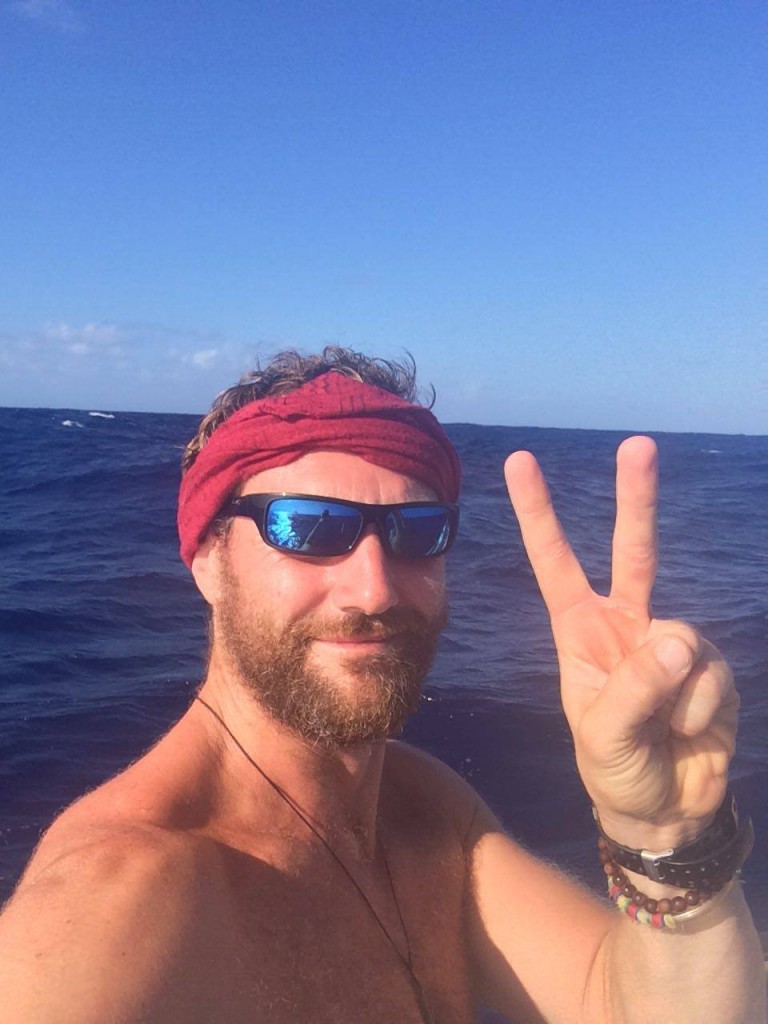 It’s okay to give up as many times as you wish, as long as your paddles keep moving

This blog takes a slightly different format than my past ones, the first being that our daily activity is so mundane that it could send a glass eye to sleep. Another reason is that we are rapidly approaching our final destination, so whilst the boys prepare to do their final blog, I will start to think how I can pen a final conclusion to this 7-year roller coaster ride. So without further ado I’ll give you an update on recent activities and occurrences then finish with a few observations.

Shift Change
At the end of week 5, yet another discussion had commenced about our ever-slipping arrival date. Everyone brought their own idea to the mixing pot with Baileys clearly standing out; he raised the point that you’d never use the mixture of crew sizes in river rowing. There was a silence for a few mins with no one wanting to suggest the obvious. Eventually someone proposed that Oliver and I partner up as a permanent shift leaving Aldo, Ross and Foxy on the other shift. Its now been 10 days and all would admit its going well. How we didn’t see the simple mechanics prior is probably down to tiredness. Oliver is 6’5 and I am 6’3 but with the same reach as Oliver (hence my nickname Mr Tickles by some), this means we are, for the most part in time with one another. We pull the oars through the water at a lot slower pace then the other shift yet our stroke is longer so we achieve the same speed as them. We’ve become known as the albatross shift with the other guys being likened to humming birds (personally I prefer to think of it as the 2 smurfs and 6 foot Foxy, if Foxy is stood on a 1inch raised platform- sorry Fox cheap dig!)

Wildlife
We had a 3-week drought when it came to wildlife. With the exception of the odd bird and the now annoying, ever so smug flying fish (evolution needs to make it’s mind up if you ask me) we had nothing to report. That was until 3 days ago when we had a visit from a pod of playful dolphins 50m away from the boat, followed a day later by a pod of whales some 200-300m away. The latter was a real treat for us and was one of the rare moments that all oars went down and our continuous forward motion mattered not. Yesterday we had another visitor in the form of a 9-10 foot shark. Unlike the previous shark, this one was a larger and ballsier character and hung around a little while longer. It approached us at different angles, depths and speeds, remaining 10m away. Now I’m no shark expert, but the claims that they’re more scared of us than we are of them, didn’t swing with me on this occasion. He wasn’t scared at all, he more than likely got a whiff of the intense smell from our boat and figured he simply wasn’t that desperate to have to eat one of us!

Blogs, pain and a letter from an inspiration
One of the biggest surprises to me has been the team response to writing these blogs. I think most will agree they’ve been shocked by the team’s ability to be creative and I know the guys have loved every minute of writing them. Styles vary from the military action verses supplied by Foxy, to the decadent descriptions by Oliver, who some how makes even an abscess sound like a Marks and Spencer food advertisement.

So, here’s my take on the boys future publications which all will obviously be submitted for Pulitzer Prize nominations.

Oats, Kilts and Safety Ropes – A Happy Scots Guide to Rowing the Atlantic – By Aldo Kane

Surviving an Atlantic Crossing the SBS way – By Jason Fox

“And then I married a Victoria Secrets model” How one guy used tales of ocean rowing, NSPCC charity work and children’s care home owning to find true love – By Mathew Bennett

Gastronomic Guide to Rowing the Atlantic – By Oliver Bailey

Pain
I want to make something very clear… even though our blogs continue to portray us as 5 members of the Peter Pan Club, the extreme conditions along in combination with our age has taken its toll. The pattern of sleep and rowing has worn our immune system to all time lows. A simple cut WILL turn septic, aches do NOT go away, and the knock on the cabin door is now greeted with a Tourette’s outburst as the person gets himself up. Most of us have pressure sores so sitting down now commences with a suspended acrobatic manoeuvre similar to that from Oceans 11 casino vault scene and finishes with some random seat twerking to find a comfortable spot to row from, all to the sound of a chorus of “ahhhhhhhh’ ‘oooooooouch”.

With increased pain and discomfort come morale vacuums and some fallings-outs. In the last weeks we’ve witnessed some stupid arguments and snappy remarks but luckily they usually resolve pretty quickly and its all back to smiley faces. I’ll give you an example of this. Oliver and I are not only partnered up on shift but we’re sharing a cabin, which means we’re with each other 24/7. Whilst on a night shift this week I asked Oliver to pass a bottle of water along with a cup so I could make my cold coffee (by the way I have less sachets than days – not good!). Oliver said no problem and I continued to row. A few minute later Oliver said “Just behind you mate”; I stopped rowing, found the bottle of water in the pitch black of the night but alas no cup and asked, “Where is the cup mate?”. Oliver was still sourcing the cup and read into my statement as “why haven’t you sent the coffee cup I asked for” I on the other hand meant it as “I’m probably being dumb but I can’t see the coffee cup” Now this is where you will realise how tired we are, Oliver with a degree in Philosophy and Masters in Digital Media and Communications responded with words to the effect of “Mate, don’t be so f*cking impatient I’m just getting it for you, for f*cks sake” And I, With a degree in Sociology, Philosophy and Media and being a fully qualified Conflict Management instructor responded with “F*cking listen here princess, I thought you’d already sent it” And that ladies and gentlemen is what tiredness does to over £50,000 of higher education. The coffee cup was passed to me within a few minutes and we spent 10 minute in silence before the olive branch offering of Wine gums was made and we started to laugh at our stupidity.

Pain also bonds the team together. We’re a brave faced group, employing the best of British attitude of stiff upper lip and crack on, but still cracks appear and that’s when we come together! With only a little over a week to go we are fully aware that conditions are set to get worse. Our med kit is rapidly depleting so pain relief is rationed, but the one simple fact is we’ll help each other any way we can.

Letter
About 10 years ago, my partner at the time was somewhat worried about my city lifestyle and me. Nikki, who I am still in touch with now, was on her own journey in life, moving towards the more spiritual side by practicing yoga, taking an interest in crystals and energies etc. She bought me a book called the Way of the Peaceful Warrior by Dan Millman having been recommended it by a friend’s boyfriend. It sat on my bedside for months before I came to read it, as I dismissed it as some of her tree hugging stuff. The book had such an impact on my life that I can honestly say that this row would not have happened if I hadn’t have read it. I won’t ruin it for you as I would love for you guys to grab a coffee and read it yourself, it teaches many things including mindful practice, fears, apprehension but its also realistic in that it identifies that we often slip from these practices which is also ok. There is one amazing quote in the book that I’ve taken to live to.
“Moderation? It’s mediocrity, fear, and confusion in disguise. It’s the devil’s dilemma. It’s neither doing nor not doing. It’s the wobbling compromise that’s makes no one happy. Moderation is for the bland, the apologetic, for the fence sitters of the world afraid to take a stand. It’s for those afraid to laugh or cry, for those afraid to live or die. Moderation… is lukewarm tea, the devil’s own brew.”
So when interviewed by the amazing Jamieson Lesko of NBC if I had a favourite quote I gave her this. Jamieson, off her own back thought she’d use her role at NBC and try to contact Dan Millman, to see what he thought about our challenge. Not only did she get through to him personally but he sent a reply to her saying that he was inspired by what we were undertaking and sent a personal hand written letter to her for me with the quote “When rowing across the sea, it’s okay to give up as many times as you wish, as long as your paddles keep moving” This guys, has been my driving thought for the past 43 days.

So that’s my penultimate blog guys, I have one favour to ask of everyone though. Through Jade our amazing marketing guru we’ve been supported by a new app called Wistla. For me it’s a genius way for social media to actually make society social again. It’s a genius idea, simply you have an event maybe it’s a kick around in a park, a charity coffee morning or a marine reunion. As a user of the app you put a wistl out and anyone using it can attend, contact you for details etc. They’ve been doing Wistla events to raise money for us and has been such a great way to bring people together. It’s a free app so why not download it (http://apple.co/1FP4YSZ) worst-case scenario if you don’t like it you can delete it!

Big thanks from your skinny skipper from the big blue sea.

Love the quotes & great insight to the daily activities at this late stage..

Best of luck to all for the final push.